Will’s friends Dustin, Lucas and Mike begin investigating his disappearance; while looking for Will in the local forest, the boys find a girl with a shaved head in a hospital gown, who they let stay in Mike’s basement. They learn her name is Eleven and discover that she has psychokinetic abilities.

Note: So, like the previous post of mine, I will not talk about what happened in the series in this review but rather, what I think of it as a whole. I will also talk about what I liked and what not about the series, the characters I like and dislike, and the whys. And without further ado, let’s get started.

Some of you know how much I love reading about supernatural things like aliens and monsters and all that. I love the idea of different creatures living here on Earth with us, mingling with us humans and doing something extraordinary. That’s why when I read about the synopsis of this series, I watched it together with my younger brother who enjoys these kinds of things like I do.

At the beginning of the series, I already love it. It’s suspense and thrill got me until the end of the third season. Yes, the third season. I can’t really seem to stop watching the series especially now that I still have time in my hands. This series talks about the children or kids’ fear and how they overcome them despite the fear.

Moving on with the characters, I have to admit that I had a hard time picking my most favorite character of all of them because they are all unique and lovable in their own ways. They have different things in them that I like that I am having a hard time picking which I like the most. So instead of picking, I’ll just write about them according to who I liked first in the beginning of the season.

First is my toothless genius, Dustin Henderson. I just love him. Everyone who watched the series will definitely agree with me on this one. No one will dislike him, I assure all of you with that. He’s just so charming and his smile captivated me the most. Him being toothless is not really a bad and distracting thing. It’s just one of the reasons to like about him.

Another thing that amazes me is that he’s a genius. He’s a science geek and he almost knew everything that I didn’t know even though I am older than he is. He plays a big part on all three seasons especially in how to defeat the Demogorgon. If I remember it correctly, aside from being a scaredy-cat, he is still one of the most strong-willed character of all. It doesn’t matter whether he’s scared as long as he’s doing what’s right.

I love the scene where he saved Steve and Robin from the ‘evil Russians’, jumping on head on with the Russian soldiers despite being a kid. His brain is something. He’s a gifted child and that’s one of the reasons why I liked him first. His sense of humor is really something as well.

Next one will be Mike Wheeler. He acts as the leader of their tiny pack and he has done so many things for his friends and for Eleven. I like it that he’s quite mature for his age and he doesn’t make decisions without thinking it through. Although he tends to be overprotective sometimes, which I think is not really a bad thing.

At the first episodes of the series, I really liked him. He’s a caring kid, lovable and I think he’s the closest to being the main character of the story. But what I don’t like about him is when he changed a little towards the last episode of the third season. It feels like his world suddenly revolve around El, not really thinking about anything at all. Just El.

At first I liked it that he’s focus on finding his friend, Will. I saw how pure his heart is on that episodes. I like how he bickers with his sister, Nancy Wheeler, which reminds me of my little brother and me. I like that he’s such a nerd about Star Wars and all those stuff that reminds me of how much a kid he is.

But maybe they really are just growing up. I can’t really blame him from meeting Eleven and falling in love. But well, he’s a great character. I just didn’t quite feel him on the third season but it’s not really the main reason on why I kind of having a second thought about him. But I like him on the first season a lot.

William Byers will be on my third on this list. I just love him. He showed me and reminds me of my childhood a lot. Even as a child he has already experienced something awful. I really love the way Noah portrayed Will. I felt him.

Even though he didn’t appear much on the first episodes, the thought of him on the other side made me think of him a lot. Even though I can’t see him on screen, I imagine how he is in there dealing with the monster on his own and wondering if anyone is still looking for him or they already forgot about him.

He’s the character who went through a lot. He is also the one who helped on the third season using his intelligent mind. If Dustin is good with technology and science, Will uses his mind in general. It’s like he’s good in plan making and his will is extraordinary. Imagine a kid experiencing all the things but still trying his best to live normally — which is not really as easy as it sounds.

I also saw how pure he was at the third season. Because of what happened to him, it’s like waking up being an adult right there, without even experiencing being a kid. But because he wanted to be a kid again, he acted like one, noticing that his friends, Mike and Lucas are already growing up and spending more of their time with their girlfriends.

I mean, despite the comments about him being a gay, I think otherwise. I understand how he must have felt that time when no one seem to want to play with him anymore. It’s like your childhood was stolen away from you and all you can do is move on and accept whatever it is in front of you.

Eleven whose name is Jane Ives/Hopper, is the hero of the story. It took a little time for me to like her. But the amazing part is that she has an intense backstory that made me like her, which was only revealed later on.

I like her when she smiles a lot, it makes her more beautiful. I think it’s because of what happened to her in her childhood that made her stop smiling. Just like Will, her childhood was stolen for her but unlike Will, she suffered a lot more.

Lucas Sinclair will be the least among the guys. I only like him along the way and not until the third season. He’s a nerd just like his other friends. Among the, he’s a smart kid for weapons and all that stuff that helped them on the third season.

Even though not all of them realize it at first, his plans about weapons is actually a good part in dealing with the monster. In the end, they all figure it out and that’s thanks to Lucas. If El is the sharp weapon, Lucas will definitely be the bomb to kill the monster.

This is obviously the obvious fact because being the last member to be introduce — at least in their circle of friends — I still managed to like her the moment she showed up. I thought it will only be a bore adding another character to the story but I think otherwise.

She’s really the coolest among them and that’s one of the things I like about her. I also like her story with her brother that I even cried at the end of the third season. That’s the best scene I have for her. I love how her sister-and-brotherly love with Billy grew up until the end.

There are lots of likable characters in this series that it will take me a little longer to write them. But I wrote in here the kids and the things I like and not about them. I might have not written the things I dislike about the others but I’d rather keep them to myself and my thoughts.

I am waiting for the season four of this series which I rarely do because I really prefer shorter films or movies (not including books here). But I think I’ll give an exemption with this one because I really love the series. 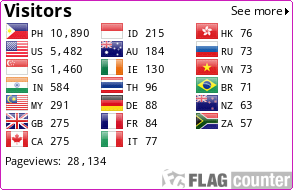